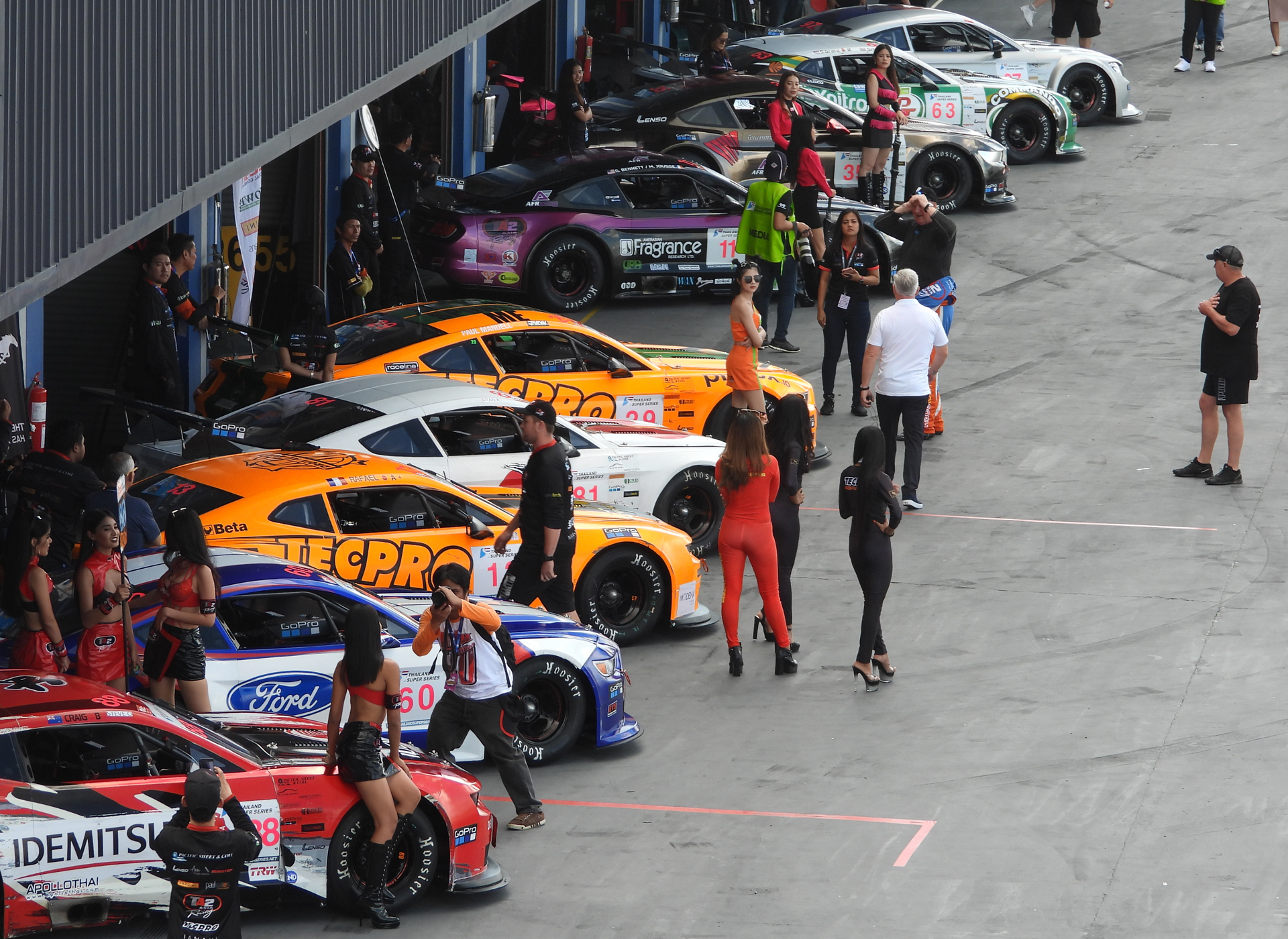 After a long season starting in April, Buriram hosts the final race of the season for TA2 Asia. The season has been hotly contested from the start attracting drivers from all around the world. The TA2 monsters have become very popular over the last 2 years, and the grid is set to continue to grow.

After a fantastic drive on Saturday, Paul Manuell and Jay Robotham are to looking to repeat their performance of coming from the back of the grid to take a specular win.

Today’s pole has been taken by Maxime and Greg in the AF racing team. With the two Princes in second Johor Motorsport and Yongboon Innovation B-Quik team. A rolling start two by two see the cars get away cleanly, but the princes fall back down the field after a slow start from second. Steve Owen making a good move from 8th position to sit just behind the leader Maxime. They settle down to a good pace over the first few laps. Jay is already carving his way through the field as the Tecpro team have the car set up just right for this Buriram circuit. After a spin by Raf in the Tecpro car allows Jay to mover closer to Cem, he challenges and passes and is now right behind the Johor car. Both Maxime and Steve have a sizeable lead around 8 seconds. Jay takes the Johor car and is now in third. He has the challenge of chasing down the leaders.

The two gold star drivers are putting a show on out front, and there is nothing between the cars, but Steve puts a move on Maxime after the 5th lap and passes. In the midfield, Cem and Yongboon are having a great battle for 5th and 6th, with the Princes 2 seconds in front and Jay in 3rd now 9 seconds behind the leaders. For the next few laps, the lead changes hands backwards and forwards. All the drivers holding position through lap 12 but Maxime manages to pass Steve and has a slender lead and the pit window approaches. 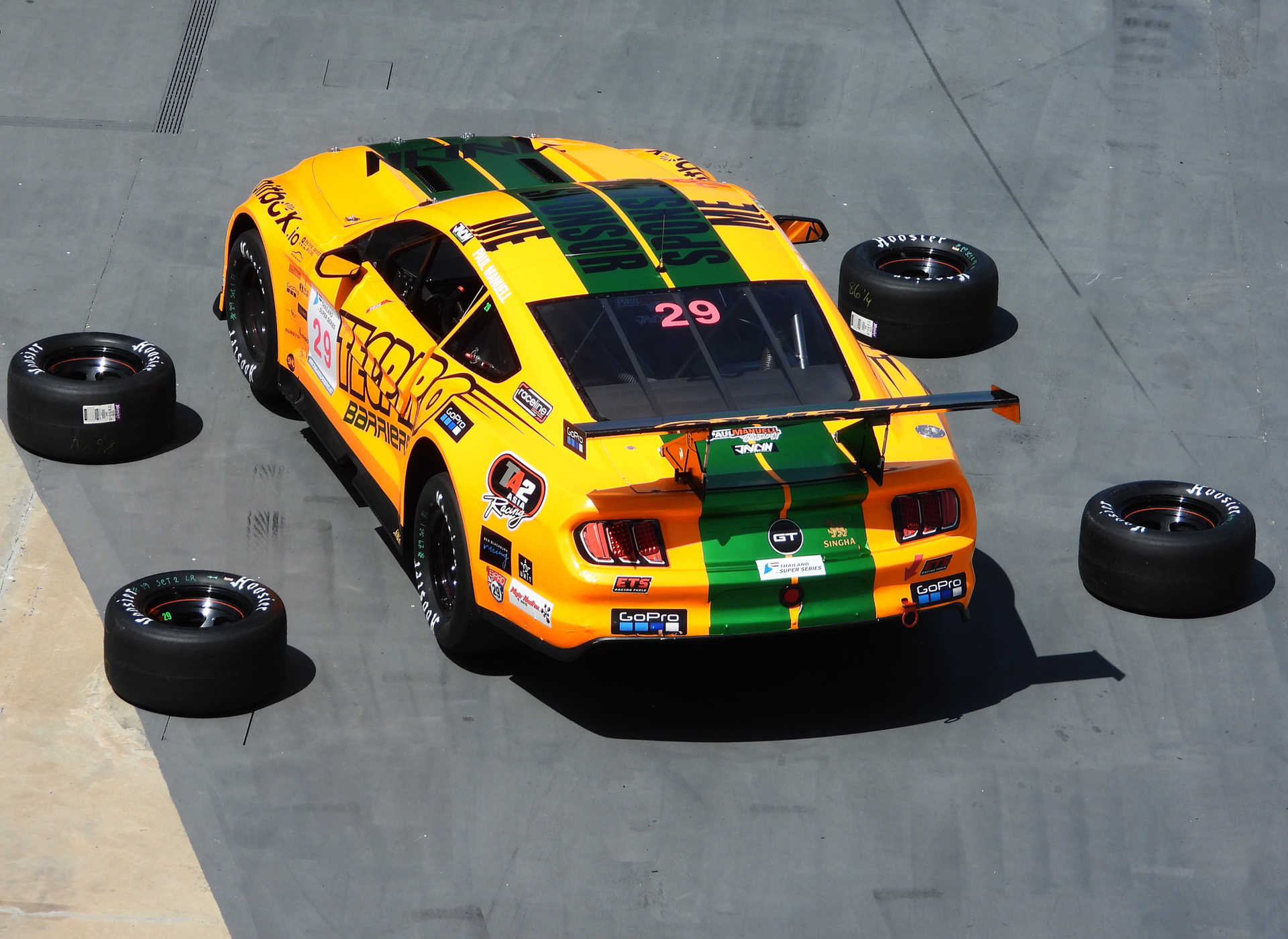 A flurry of pit changes has changed the order. Craig comes out just behind Greg AF racing. Pit window closed. Craig showing great speed chasing Greg down. Paul Manuell has a big job to chase the leaders down. He has Yongboon close behind him. The cars settling down with 19 minutes remaining. Paul is 12 seconds behind the leader Greg. The leaders get slightly held up with backmarkers. Paul is now starting to catch the leaders, the gap is down to 8 seconds. It’s going to be an exciting finish.

7 minutes to go, Craig, has closed the gap to Greg and is challenging for the lead, but Paul is closing fast, and it’s not long before he joins the lead group. Lap 30 Craig takes the lead. Paul then takes Greg, who runs wide on the home straight. Lap 32 and Paul is pushing Craig for the lead. Maybe time for another 2 laps it’s going to be a tight finish. Pressure from Paul all the way they are on the last lap. Craig outbreaks himself and Paul is through into the lead, Craig comes back at him, but he can’t manage to pass. Paul and Jay take the second win of the weekend. Paul, Craig then followed by Greg. Brilliant, exciting racing.